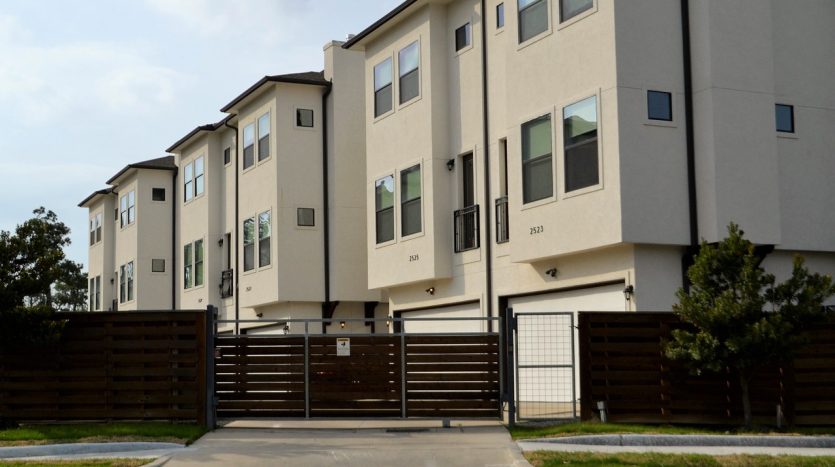 You may have heard the term land assembly growing in popularity over the last decade, especially in conversations about Vancouver real estate. Assembling multiple neighbouring homes to build a denser development on the combined lot is not a new concept, but has been growing in viability as buildable land becomes scarcer in Vancouver. The city has been pushed to densify to meet demand for rental and market housing. Condos and townhomes are simply more efficient per square foot than conventional single family houses. Notable areas that see a lot of assembly development in the west are the Cambie Corridor and the Marpole areas and the Grandview-Woodland area in the east.

Realtors specializing in land assembly work to get multiple owners on the same page and sell together to a developer, who is able to apply to the city to build townhomes, apartments, or even mixed use developments on the combined lot. When structured correctly, this kind of deal benefits all parties involved. The owners get the unique opportunity to sell as part of a group and net a higher selling price from the developer, who is able to offer that price because of the security of tying up a sizable lot, which allows them to successfully rezone the site and develop it under city guidelines. The city is happy to see development happen and are glad to guide the developers in the best long term direction.

Overall, a 17% hike has been noticed from a year ago in single family home prices over the entirety of the Greater Vancouver Area. This is very evident of consistent growth despite views that the market is slow this year. Even though Vancouver is a very dense hub right now, it’s inevitable that the population will spread outward, across the Fraser Valley, posing new development challenges and opportunities for those areas as well.

This housing inflation poses a problem when you realize that the median Vancouver family income is $73,390, lower than the Canadian average. How are families supposed to afford a home today? The answer lies in townhomes and rowhousing. This seems to be the only alternative to provide affordable housing in the Vancouver area. The highest growth in Vancouver prices have been in Vancouver’s west side, where the average single family home costs $3.2 million. Land assembly is inevitable in these areas, and those who still want a single family home but can’t afford it in Vancouver are forced to move outward into the suburbs where prices are more affordable.

Due to the scale of such deals, land assembly also offers the unique challenge of bringing multiple owners together to share one vision. Successful land assembly realtors are rare, but truly represent the skill, experience, and persistence it takes to guide a land assembly from start to finish.