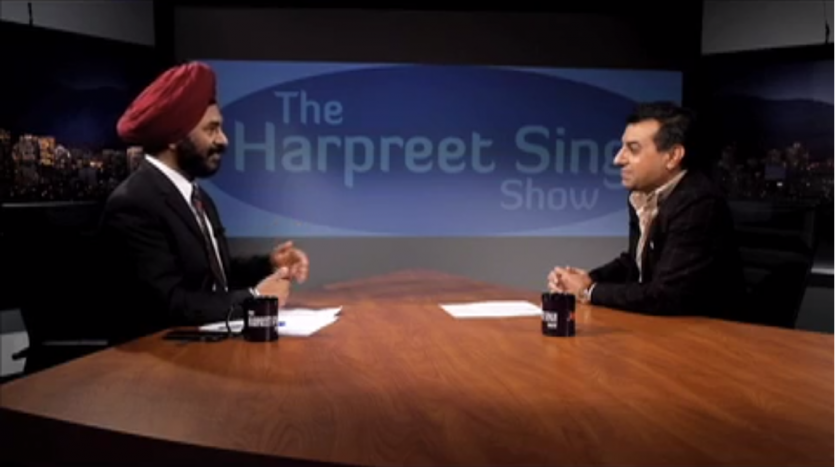 From 2000 to 2014, the market has been steadily been going up, and from 2014 till mid 2016 the market was so steep that the government got worried and they were under pressure to take some measures. So many writers wrote about this bubble and how it could burst at any time. Eventually they stopped writing, and I have been a firm believer from the very beginning that no, this is not a bubble.

Immigrants who come here look up to Canada, because it is a society based on immigrants, with an economy based on immigrants. Canada, especially BC, has everything to offer that an immigrant is looking for; namely political stability, natural beauty, and temperate weather.

Singh: Housing prices are still intact and lower than in Shanghai and Mumbai. People think that this is a bubble and it’s going to burst. What do you think of this view?

This is a wonderful question. There are two factors that contribute to that. Most of the immigrants that come here are from China, and we should give credit to them for that. The rising prices have now levelled, and something needed to stop that heavy growth and stabilize things. The government had to address the issue and appease people, and so they implemented the foreign buyer’s tax. What I suggest they do with the income from this new tax is put it into their infrastructure. Because eventually Vancouver and the Fraser Valley is going to develop and densify.

Singh: This tax was a political decision and builders, realtors and homeowners were not consulted. Instead they consulted a body in Okanagan. Due to this government decision, investors are either going to Toronto or other cities outside of BC. Do you think development will slow down or stop due to this 15% tax?

When you buy a property to live in it yourself, it’s a cost of living to pay taxes on that property. But when you buy a property as an investment, its taxes are simply the cost of doing business. What British Columbia offers to investors in terms of returns are much higher than 15%. I firmly believe that this downtime in the market is a quick effect of this tax, and that the market will come back again, but not in the same heavy growth fashion as the last two years. It will be very natural and stable growth. In any case, Fraser Valley development is going to continue. Because with this 15% tax, maybe investors won’t buy a 15 or 20 million dollar house and might instead look for something more reasonable, 2 to 5 million dollars in Fraser Valley.

When the average home is around 700,000 dollars, and the average income is around 40,000 dollars, something is wrong. It is said that our economy in BC is more tied to real estate than Alberta’s economy is on oil. There are so many jobs associated with real estate. So the question to be asked is can our government risk all of that, and risk stopping development in its tracks? I don’t think so. There is a fine balance between the cost for developers, the amount of units they sell and the amount of jobs created per year. This fine balance makes it a very sensitive issue to address and work with. So the investor is going to absorb this tax as a cost of doing business.

Singh: The federal government has made mortgage rules stricter since October 17, 2016. It is hard for people to buy property when the banks aren’t lending them money. What are your thoughts on this?

When I talk about natural growth, I mean 2 to 4% every year. We are coming to stage in British Columbia where if you have to pay an extra 2 million on your mortgage for the ideal location, you would rather buy further out and commute 45 minutes to an hour longer instead. The baby boomers are supporting the new generation, their kids, helping them with their downpayment to make their mortgage work. The change in the mindset of people is that they’re ready to come out of Vancouver to go to Surrey or a person living in Surrey is willing to move out to Abbotsford, and this is a natural progression towards development in the outer areas. So the government needs to look to invest the revenue from this new tax into their infrastructure to support this outer development potential.

Singh: When compared to the American Banking System in 2008, our banks are starting to look very similar today. Our debt ratio has surpassed all levels in Canadian history. Do you think we will have a similar on our hands soon?

The Canadian banking system is one of the best in the world. In 2008 for 6-8 months a mild recession hit us. There were very few foreclosures, I think around 1700 in the entirety of Canada. That shows how strong we are. As you have said, our debt to income ratio is worrying. However it hasn’t been stretched by first time buyers but rather by flippers and investors. The positive here is that our dollar value is low so there’s more of an influx from outside as well as having a low interest rate. Even if the government increases the interest rate, the increase will be very nominal.  It is a good time for Canadian investors to focus on the core and not spread themselves too thin on purchases.

Singh: What do you think of today’s situation compared to the late 80s when the interest rate increased dramatically?

This question is directly connected to globalization. Back then there was no regulation on share markets. At that time information didn’t flow as well and the world was more split apart. We weren’t as well connected. Our situation today is very different and no country wants another country’s economy to tank. In any given scenario, America doesn’t want China’s economy to feel; we are all interdependent.

Singh: Right now sellers think that prices will go down and buyers are thinking prices will go up, so both are imagining a worst case scenario. With your experience, what do you think will happen with the market and what advice can you offer to both parties?

It’s a natural phenomena that whenever the market goes down, the buyer wants to wait till it hits rock bottom. The way the market was growing, something needed to stop that because the growth was unnatural. Now that it has stopped, it will take some time to rebound. It was a 44.5% decline in detached homes, but now it has started to picking up. After Chinese New Year the market will start coming, and after the election for sure with 2-4% natural growth.

Singh: So buyers and sellers shouldn’t panic and just ride this out.

Yes, the market will self-correct and natural growth will begin again. Even in Alberta after its economy’s crash it began self-correcting at a natural rate of 3-5%. I am quite hopeful that the market is already on its way to rebounding to a healthy and natural state.