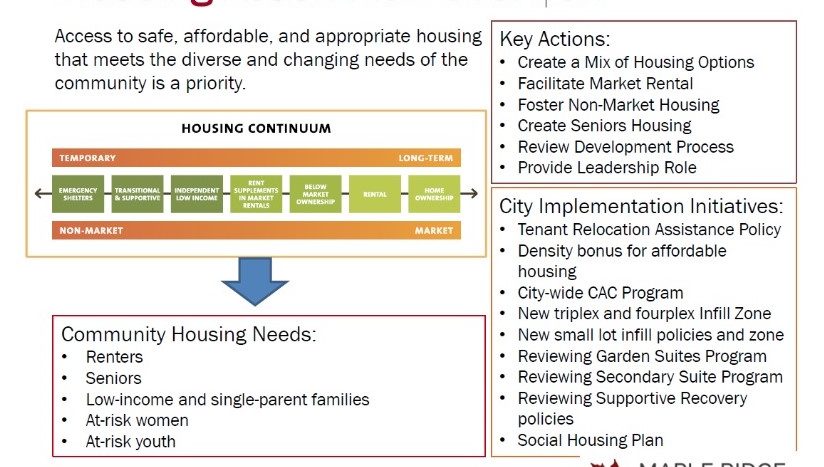 The population in both Maple Ridge and Pitt Meadows is growing and aging and both municipalities are preparing for future growth, municipal staff and elected representatives told 100 REALTORS attending the Maple Ridge/Pitt Meadows municipal update in May.

Commercial production will be permitted with diverse licensing options including standard and micro cultivation, nursery, micro processing, sales for medical purposes, and testing and research.

There are currently more than 100 development applications including:

However, housing starts are mostly multi-family which will change the character of the community.

The official community plan is under review and has included stakeholder engagement, technical studies, and policy drafting.

The North Lougheed study area project scoping is also underway as well as new guidelines for development along with riparian areas.

A parks and recreation master plan is underway as is an enhancement to cultural services including a range of seasonal festivals.